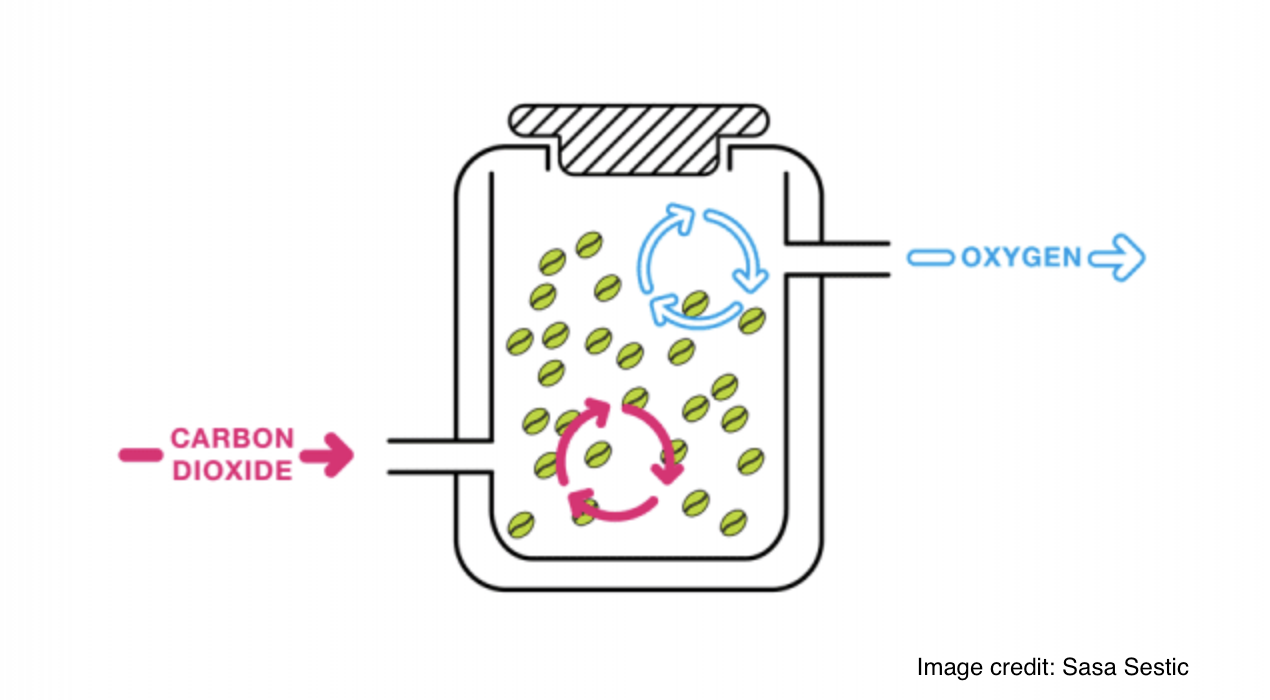 For the past few weeks, we have been joining forces with the guys from the Kape Diem Coffee Lab here in Dili, who have taken the initiative to set up a coffee cupping club so that us like minded coffee enthusiasts can get together to talk about and cup coffee!

We’ve only had 4 sessions so far, but its been a great opportunity to cup some coffee from other origins outside of Timor-Leste.

In a recent session, we had the privilege to try some coffees produced using carbonic maceration, as the guys from Kape Diem had managed to get their hands on some great coffees from none other than the Coffee Man himself – Sasa Sestic. The coffees from both Ona Coffee and Project Origin were some of the most amazing coffees we’ve tried with lots of fragrant aromas and sweetness in the cup.

We sampled the Ona Coffee Nicaragua Jasper 1316 and the Panama Jasper Stratus, and an Ethiopian Kochere 0301. Each of these coffees have been tried and tested, developed using the carbonic maceration fermentation method.

For those of you who are wondering what carbonic maceration is, then let me explain. Carbonic Maceration is more widely known within the wine making community however is now gaining strong traction in coffee production thanks to Mr Sestic, which he highlighted during his 2015 World Barista Championships win with a coffee produced using this method.

Carbonic maceration is a method used during the fermentation stage of processing, where the beans are left to ferment anaerobically (without oxygen) however as an additional step to the process, the container is also flushed with carbon dioxide before fermentation begins. This helps to create more aromatic complexity with a lower concentration of acetic acid and higher levels of sweetness.

Now, I’ve seen and heard a lot of people talking about Carbonic Maceration but have never had the opportunity to try any coffees produced in this way, until now. And boy, I can tell you, it was well worth the wait – these coffees were delicious.

They have definitely been the standouts in the cupping sessions so far, and I definitely look forward to hopefully getting my hands on some more so that I can savour those sweet flavours again.

Perhaps Karst Organics needs to look into whether its possible to do some carbonic maceration on our coffee beans here in Timor-Leste too….watch this space….. 😉