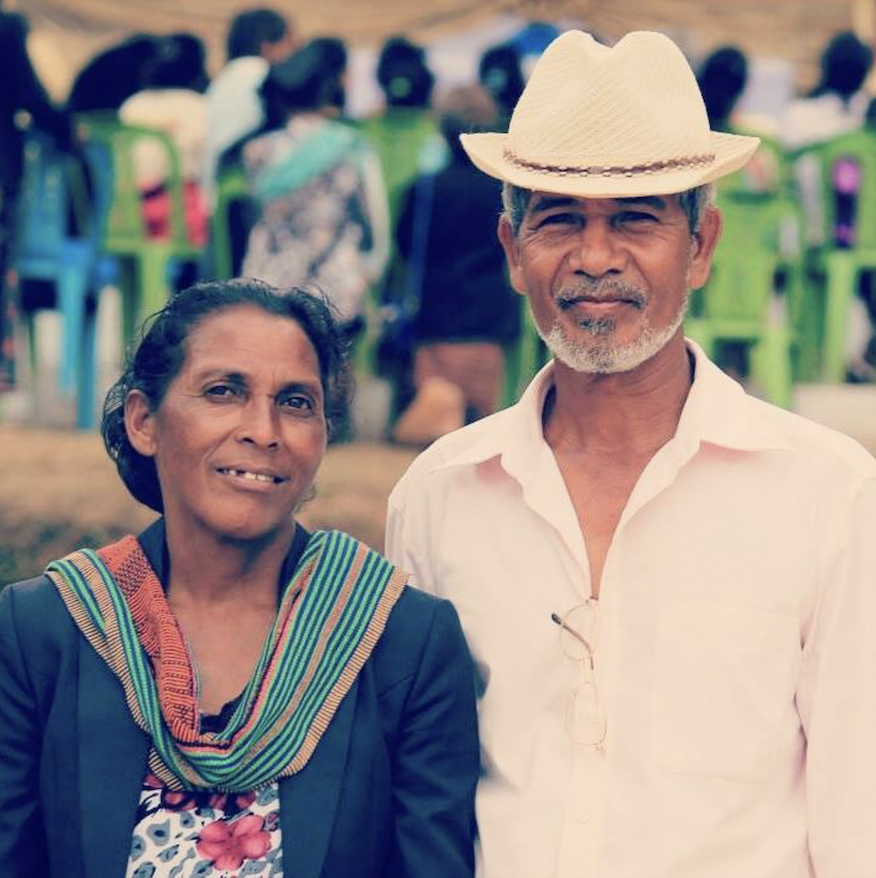 With the coffee harvest due to start in Timor-Leste at the end of May, we at Karst Organics should be packing our suitcases and setting out to join our partner farmers in preparation for the first cherries to be picked and for processing to begin. With the UK under lockdown, borders closed and Timor-Leste extending a National State of Emergency until the 26th May, it seems unlikely that this will happen for the moment at least.

With global uncertainty in the coffee sector, we took the opportunity to speak with Karst Organics’ lead partner farmer and head of the Rotutu cooperative – Francisco de Deus, about the successes and challenges of the coffee industry in Timor-Leste and how the current situation could potentially affect 2020’s coffee harvest and impact the lives of farmers, their families and communities in general.

Situated in South East Asia with Australia to the South, Timor-Leste holds the unenviable accolade of being one of the few countries in the world to have been both colonised and annexed; colonised by Portugal from 1600s to 1975 and annexed by Indonesia from 1975 to 1999. Having finally gained independence in 2001, Timor-Leste is the world’s second youngest nation state and still finding its feet in the geo-political world of the 21st century. Coffee was introduced to the island by the Portuguese and went on to become the country’s leading export by the 1900s, however the industry suffered greatly during the years of Indonesian annexation when the sector was largely ignored.

It was in 1995, towards the end of Indonesian rule in Timor-Leste, that Francisco de Deus inherited his farm from his grandparents. Nestled high in the mountains of the central highlands of the country in the district of Ermera, conditions are ideal for coffee harvesting with warm, blue skies during the day and cool evenings at night allowing for consistent growing and processing conditions. Francisco recalls, ‘I always knew that I would one day return to work in Letefoho to work on the family farm and it was not long after I took over harvesting responsibilities from my grandfather that more coffee exporters came to Timor-Leste. This motivated many farmers to once again look to coffee as a potential sustainable source of income’.

Francisco’s story is one of many in Timor-Leste. The Asian Development Bank (ADB) estimates that coffee is grown by approximately a third of all households and that, with the right investment, this sector has the potential to play a vital role in the country’s development. In addition, World Bank research has shown that chemical pesticides and fertilisers have never been used in most coffee producing areas, making Timorese coffee truly wild and organic, a fact that Francisco is very proud of. ‘We work hard to produce the best quality coffee and although the methods we use are time consuming, they’re worthwhile. I have heard about how chemicals can be used to improve production but we believe that Mother Nature has already provided the best conditions to grow coffee. We also have better processing facilities now which we would not have been able to construct ourselves without external support and we know that this improvement in processing has brought our coffee to a quality that can compete in the international speciality sector.’

Francisco’s thoughts on improved processing reiterate those of the ADB’s on the need for investment in certain areas of production to truly realise the potential of Timorese coffee as a speciality origin. Unfortunately, investment in agriculture has not been prioritised by the government with only 1 percent of the 2019 state budget afforded to this sector (when compared to the 33% allocated to the development of off shore oil and gas reserves, it is clear where the government’s priorities lie). With over 67% of Timor-Leste’s population living in rural areas and being mainly dependent on agriculture for their source of income, investment in the coffee sector (the country’s most dominant crop) would seem like a good starting point to tackle the country’s current youth unemployment, a point that Francisco agrees with; ‘Almost every stage of coffee processing is very labour intensive, from planting and harvesting to the drying process and then sorting and packaging. The potential for jobs is immediate’, he comments. ‘Most investment in the coffee sector since independence, has come from not for profit organisations or private companies brave enough to support us with a belief in the potential of our coffee, but this has been limited.’

As with most people around the world right now, Francisco deliberates on the need to safeguard the health and well-being of his countrymen and the potential economic fallout and future problems the Timorese will face because of Covid-19. The Timorese government acted swiftly in responding to the outbreak and a State of Emergency was declared in March with the land border closed to Indonesia and all air travel suspended in and out of the country with the exception of emergency flights to and from Darwin. This decisive response seems to have contained any immediate spread of the virus and government statistics state that as of May 1st, there had been a total of 24 confirmed cases with no deaths.

Francisco reflects on the last 5-weeks, ‘When the State of Emergency was announced, the Timorese people knew that measures would need to be put in place to protect any spread of the illness. We know that our health system could not cope with a pandemic similar to what we are hearing about in Europe. This initially caused some people in the capital to panic buy essentials, but supply is ok at the moment in Dili. However, life is very different for people living in the rural areas of Timor-Leste. The government has temporarily shutdown all public transport in the country which serves as a lifeline for farmers to get their goods to market and sell their produce, as well as buying essentials such as rice. Everybody in our rural communities is worried about the future and what will happen if the government has to extend the current lockdown and I have already heard that in the more remote areas of Ermera, people are struggling to provide food for their families.’ (Since speaking with Francisco, some public transport services have resumed in the capital, Dili.)

Francisco’s concerns are not without statistical backing and in 2019, Timor-Leste was deemed to be the 8th hungriest nation in the world according to the Global Hunger Index (GHI). The GHI states that a third of the population of Timor-Leste suffers chronic food insecurity and according to the government’s agriculture and fisheries minister, this figure rises to between 55-58% in the coffee producing region of Ermera, where Francisco’s farm is located and the region in which around 50% of Timorese coffee is grown. ‘We are all very worried about the financial implications if we can’t sell our coffee this year’, he tells me, ‘if the lockdown measures continue it could affect the ability to transport our parchment down from the mountains for hulling and sorting. If international buyers are not able to export from Timor-Leste then we are worried that they will not buy from us. This will almost certainly have a direct impact on farmers being able to provide food for their families.’

Currently Karst Organics is working remotely with Francisco to ensure that we can continue our partnership with the Rotutu cooperative and fulfil our commitment to buy their coffee whilst also ensuring the health and safety of the farmers, their families and the communities at large. The global pandemic is an incredibly complex issue and as with all countries, it is not a simple choice between protecting people’s health or saving an economy. It seems that Covid-19 will be with us worldwide for the immediate future so finding a way to work in the ‘new normal’, is imperative right now, a point that Francisco agrees with. ‘The government of Timor-Leste must take action to protect its people from hunger and not become victims of the consequences that could materialise as a result of the current state of emergency. They also need to consider the country‘s economy and ensure the livelihoods of Timorese farmers. We hope that the government will support the coffee industry in these difficult times and communicate with the private sector in sharing information and knowledge on how we can all work together.’

Although Timor-Leste is only 17-years old, it is growing up quickly and its complicated history has made it incredibly resilient and tough. Whilst Covid-19 will become yet another another hurdle that the coffee farmers of Timor-Leste will learn to overcome, now more than ever, it is important that the coffee community shows solidarity and finds ways to continue to work together. I will leave the final word to Francisco, ‘I want to say thank you for all those people in the UK who have supported Rotutu coffee and Timor-Leste as a new origin. We know we are a small country and new to the speciality sector, but we are constantly learning about better processing techniques and plant rehabilitation so we are confident that the quality of the coffee will remain high and continue to improve. I hope all of you, your families and friends stay safe and well in these difficult times. Obrigado barak no ate logu!’