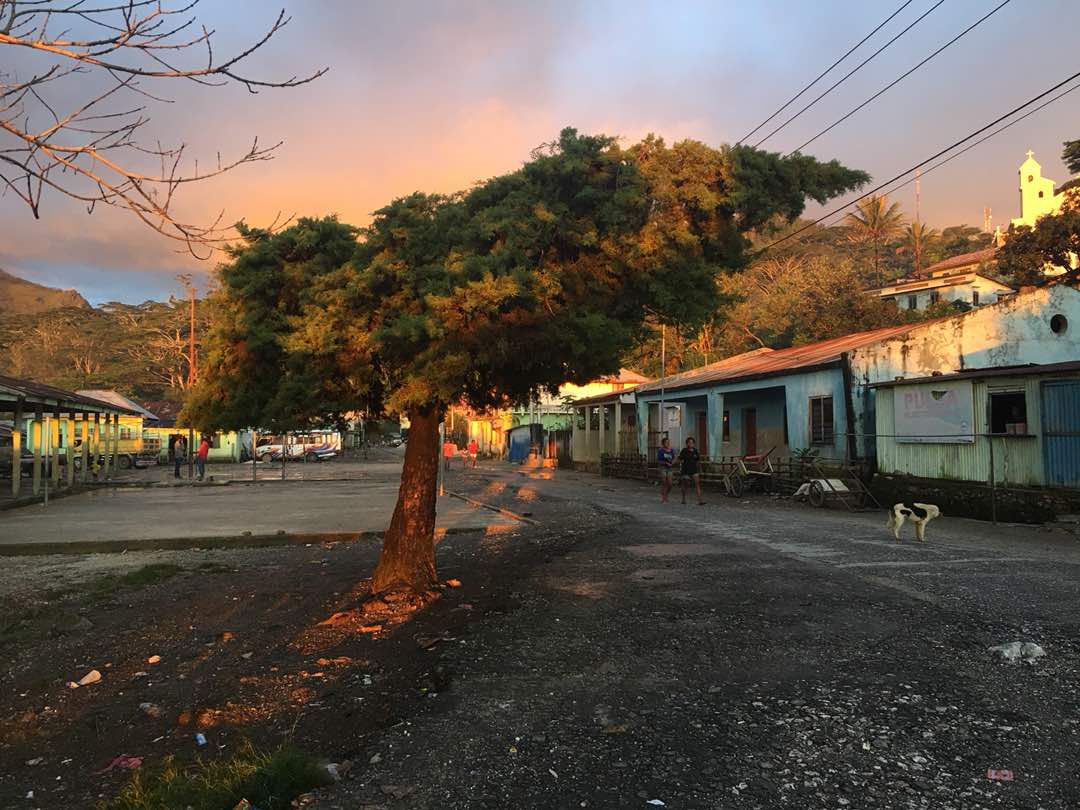 We spent a recent weekend visiting another one of our coffee entrepreneur friends’ coffee farms (a feature about Ameta will be posted later), this time in Atsabe in Ermera…definitely one of the most remote coffee farming regions we’ve visited so far. 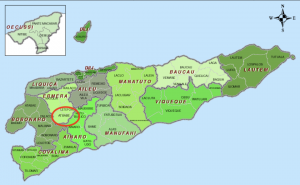 The district of Ermera is famously known for being one of the biggest coffee producing regions of Timor-Leste, where Arabica coffee can be found growing wild and organically amongst the trees. Coffee trees can be seen dotted here, there and everywhere, with bursts of vivid green, rich red, and deep purple coffee cherries so abundant that you can pick your own as you’re literally driving by.

Exploring the highlands of Timor-Leste are a must, however driving there is definitely not for the faint hearted. The views are amazing but it takes some major concentration to be able to traverse the dangerously precarious roads which lead you into the mountains of the districts.

Ask anyone about things to do in Timor-Leste and most people will tell you to get out of Dili, the capital city of Timor, and go and experience true Timorese life and culture in the districts. This is easier said than done when you look at the condition of the roads which take you there.

We set off first thing in the morning, following Ameta who was making the journey on his motorbike! (Apparently maneuvering a motorbike along the roads is a lot easier than a car – we weren’t too sure about that, but we weren’t really willing to try it either!) Not really knowing what to expect of the road conditions, we ventured off in our 4WD and hit the road! 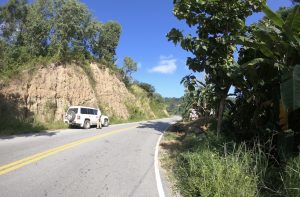 The first section of the journey was fine and pretty smooth sailing, with nicely paved smooth roads taking us on the initial upward climb into the mountains. What was to follow however, was quite the opposite. Driving conditions in Timor-Leste are harrowing at the best of times, but add in the fact that the rainy season seems to be relentless this year, the roads are less like roads and more like a network of sloppy mud rivers. Trying to steer a car in these conditions takes a strong stomach and the quick reactions of a whippet, especially when slipping and sliding dangerously close to the edge of the road which has already slid half way down the mountain! 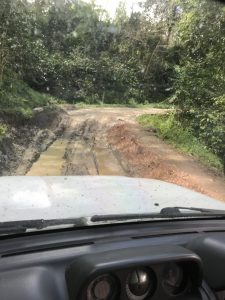 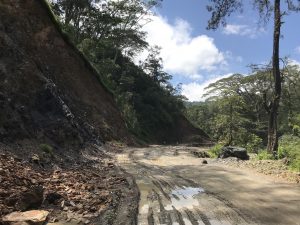 We finally made it to Atsabe after around 4 hours and were welcomed with some of the most spectacular views we’ve seen in Timor-Leste so far. 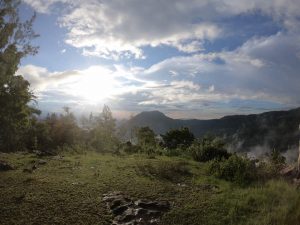 Atsabe is nestled in amongst the mountains, overlooked by the famous Mount Ramelau and is home to the tallest waterfall in Timor-Leste – Mota Bandeira. 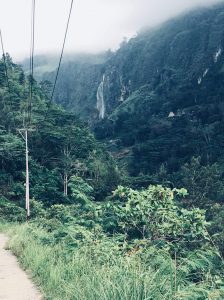 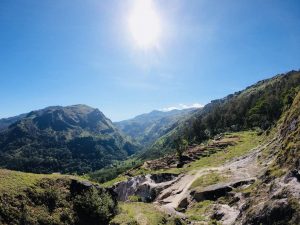 With a population of approximately 19,000 people, this sub-district is known for its agriculture with coffee, sweet potato and french beans being the main staple.

The coffee is grown in the mountains, amongst the shade trees, growing at an elevation of up to 1600 meters. Harvesting the coffee in this region is a slow and difficult task due to the sloping hillsides. From what we saw, being a coffee farmer in this region requires the agility equivalent to that of a mountain goat when harvesting the cherries, as not only do you need to have the balance and flexibility to pick and carry the cherries, but you also need to be able to scale the hills to reach the trees in the first place! 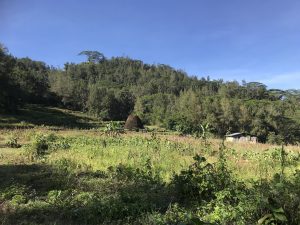 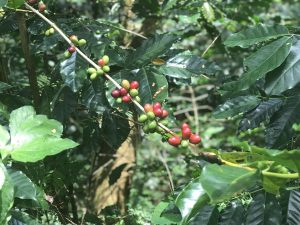 The coffee is delicious and combined with the beautiful surroundings, it makes Atsabe a place well worth visiting. We are definitely excited by the prospect of working with Ameta, exporting his coffee to the UK for everyone to enjoy.